Fifty six years ago today, the Andrea Doria, the Italian star of the transatlantic cruise liner sunk off the coast of New York taking the lives of 47 passengers.

A couple of hours earlier the Andrea Doria had been rammed into by the Stockholm which was also badly impacted by the collision but was later repaired. 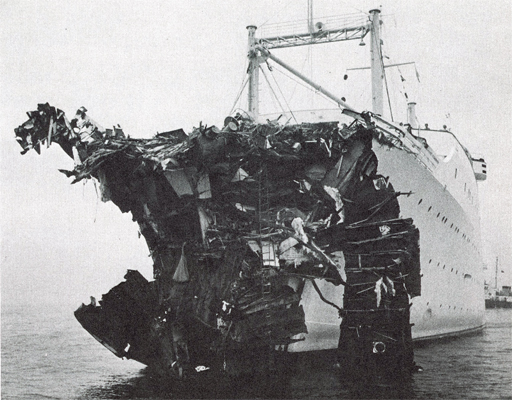 The Stockholm’s damaged bow ; the repair job will cost a million $ US 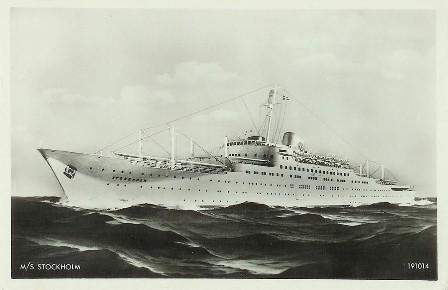 The Stockholm was built in 1948 and is still sailing, under the name Athena. Her initial service as a cargo liner transporting both merchandise and passengers was abandoned in 1994 when, under the name of Italia Prima, her new owner Nina Cia di Navigazione completed the refit works started by Lauro Star in a Genoa shipyard and equipped her with supplementary decks. Today the Athena is sailing in the Oslo fjord and is preparing to head further north into the Arctic. The cruise ship is 64 years old and carries hundreds of passengers into the North Atlantic, a zone with abundant biodiversity and important risks but with little search and rescue capabilities. Cruises in the Norwegian fjords, Iceland and Arctic are constantly increasing. Numerous cruise ships are not equipped to guarantee safety at sea and to protect the marine environment. During the Athena’s last Port State inspections in Australia, United Kingdom and even Norway, a number of deficiencies were noted concerning fire extinguishing equipment, the standards of lifeboats and the navigational safety. The comfort of crew and passengers were also impacted by pest infestation onboard. 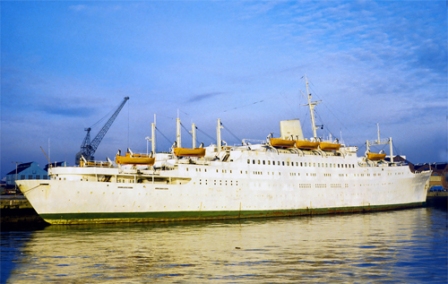 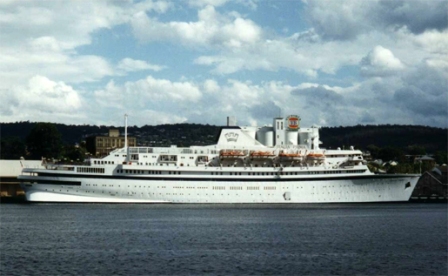 This example is overwhelming proof of the lack of competence and respect for passengers by cruise ship owners and travel agencies within the European Union. The owner of the Athena is Portuguese and she is sailing under the same flag. The travel agency chartering the Athena cruise ship for this Nordic voyage is Belgian. 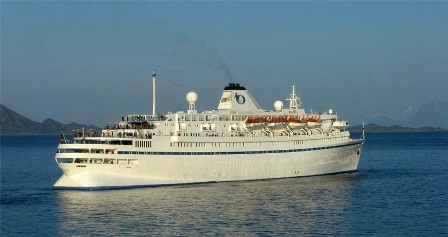